I was working for a magazine that wanted their portraits looking like the lifestyle ads of Seagram’s Liquor in the 1980s. Here is a tear sheet of one of them, with a second portrait, which ran further down the article: 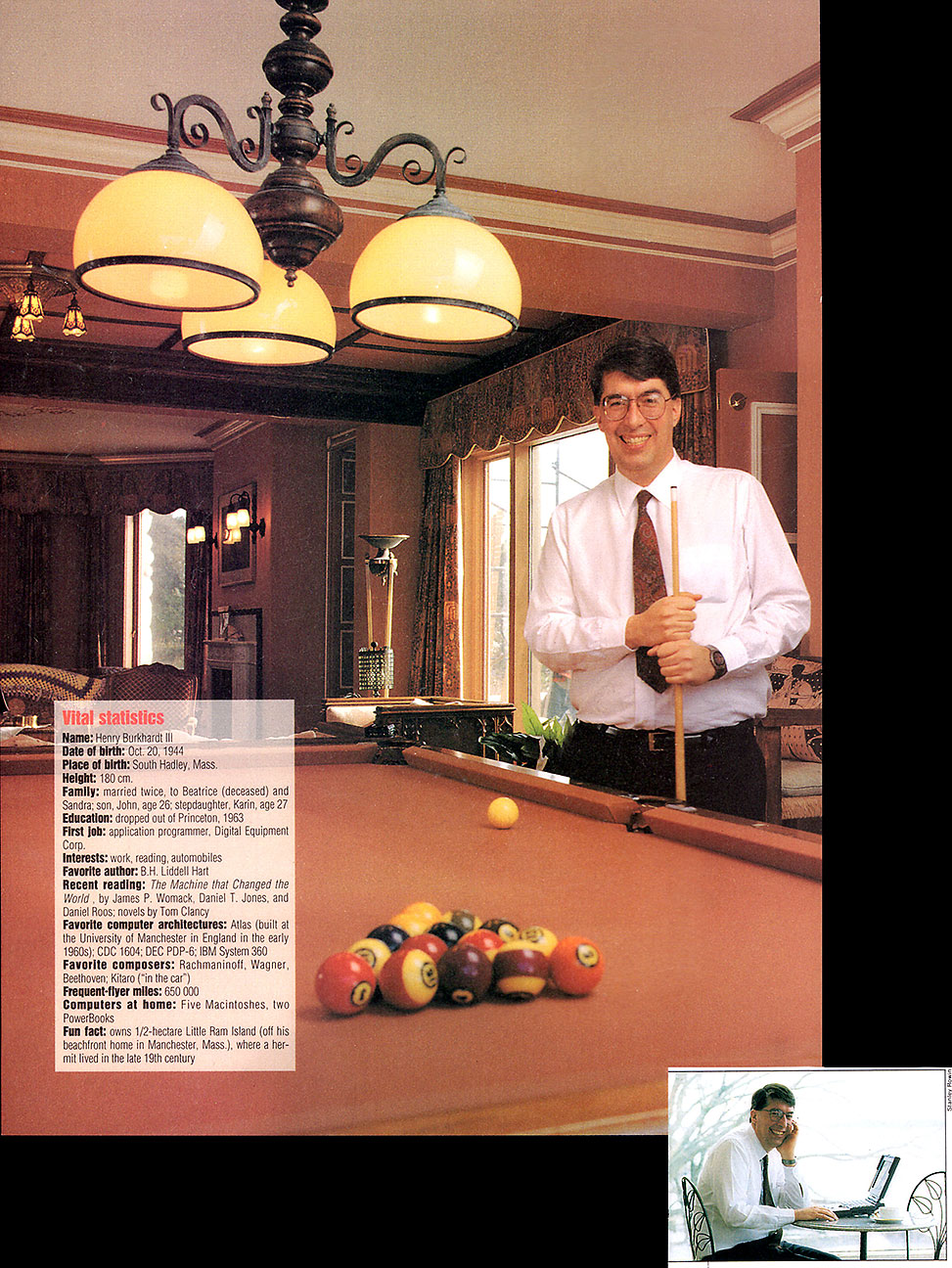 Henry Burkhardt III started at Digital Equipment, where he helped design the PDP-8. He had patents in the fields of high-performance computing and parallel processing, designed the Nova computer, co-founder of Data General Corp (later CFO, chief counsel, architect, programmer, and CTO). He also was a founder of Encore Computer (which developed the original microprocessor-based, shared memory, multi-processor which users most computers today), Kendall Square Research Corp and the Boston Computer Museum. He is photographed in his home in Manchester by the Sea.