Inside the Polaroid Archives Pt 1.

Not theirs, but mine. With all the talk about the death of the company, the film and the folks at The Impossible Project trying to reinvent the film, I went into my deep archives for today’s “Show and Tell.”

Polaroid was one of my first, and one of my best, photo gigs. John Reuter, Rogier Gregoire and I started Polaroid’s “20 by 24” studio. After that, I did some internal and PR photography for Polaroid.

One assignment was to photograph the inside of the Waltham, MA film plants. They were supposedly secret because of their proprietary processes, but now that this plant is on its way to become a shopping mall, I guess we can ignore the secrecy and show what a film manufacturing plant looked like.

These shots were actually taken on Type 55 Polaroid film. They wouldn’t tell me much about the process because it was so secret. This first shot was of the chemical reactors and mixing machines: I don’t know if this is where the pods or the film emulsion was created. 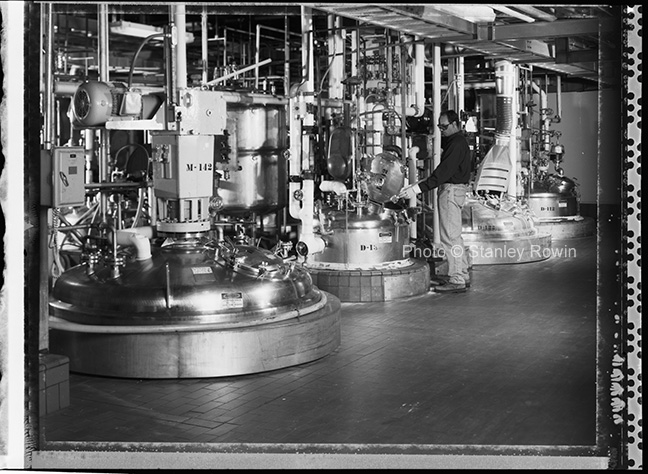 The shot below was the emulsion coating and drying machine. The room was usually a darkroom. The roll of negative is shown being coated on the left and drying in the center. It’s then spooled before being sliced. 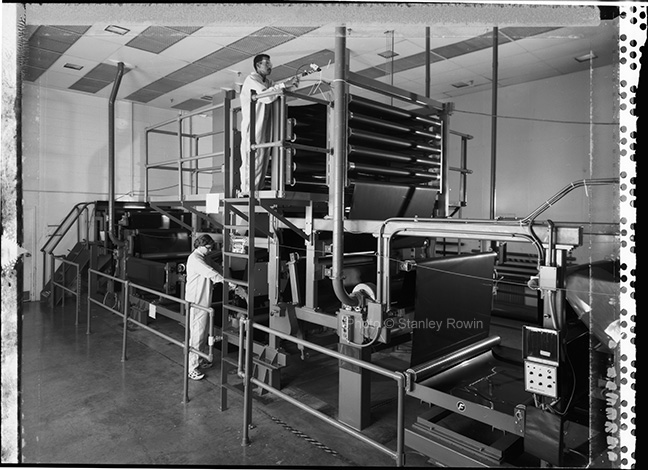 There was a camera that used this film uncut: the 40” x 80” camera. We’ll take you into that camera next.