It all started for me when a client hired me to go to Hawaii to teach their employees to be creative on a corporate retreat. No kidding. The ideal assignment, right?  Well I was petrified. I didn’t think I could teach creativity. Cooking, maybe, but creativity?

We gave everyone Polaroid instant cameras and sent them on a visual scavenger hunt. The teams would compete to bring back the best photos to match a list we gave them of concepts. One concept was something like “plastic nature.”  I followed people around watching what they photographed. Everyone walked by the pool, missing what I saw, my idea for Plastic Nature: a palm frond next to a stack of plastic pool chairs: 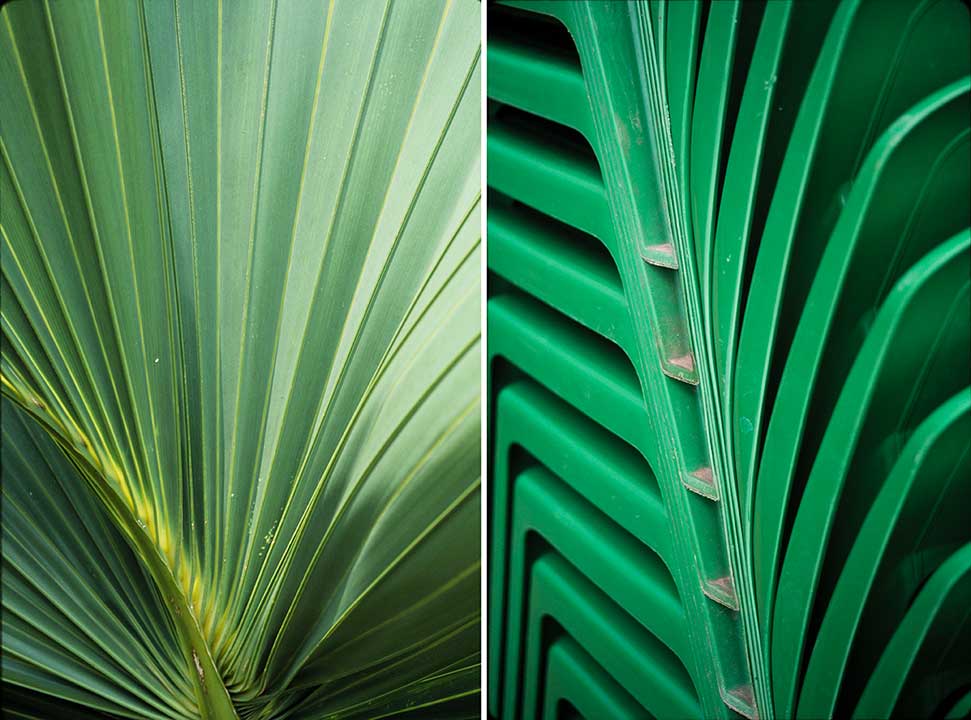 When we all got back to compare the day’s photos, people were amazed by photos some people took, while others just walked by, not seeing the image, or the concept that another person saw. That’s when I realized that if I couldn’t teach people how to be creative, I could show them what creativity is about and show how someone else, standing in the same place, could see something they (or I) missed.

One of the workshops I occasionally teach for the Digital Photo Academy is “Composition in the Field,” where we take people through downtown Boston, where most of them live and work. Our goal is to have them walk down the same streets that they always walk by, but now have them stop to create “art.” While we teach them composition and camera theory, we also try to get them to see “out of the box.”

For instance, some people were about to ask this woman to move, so that they could get a great panoramic shot of Boston. But I told them to try to find a well composed shot using the woman. Here’s mine: 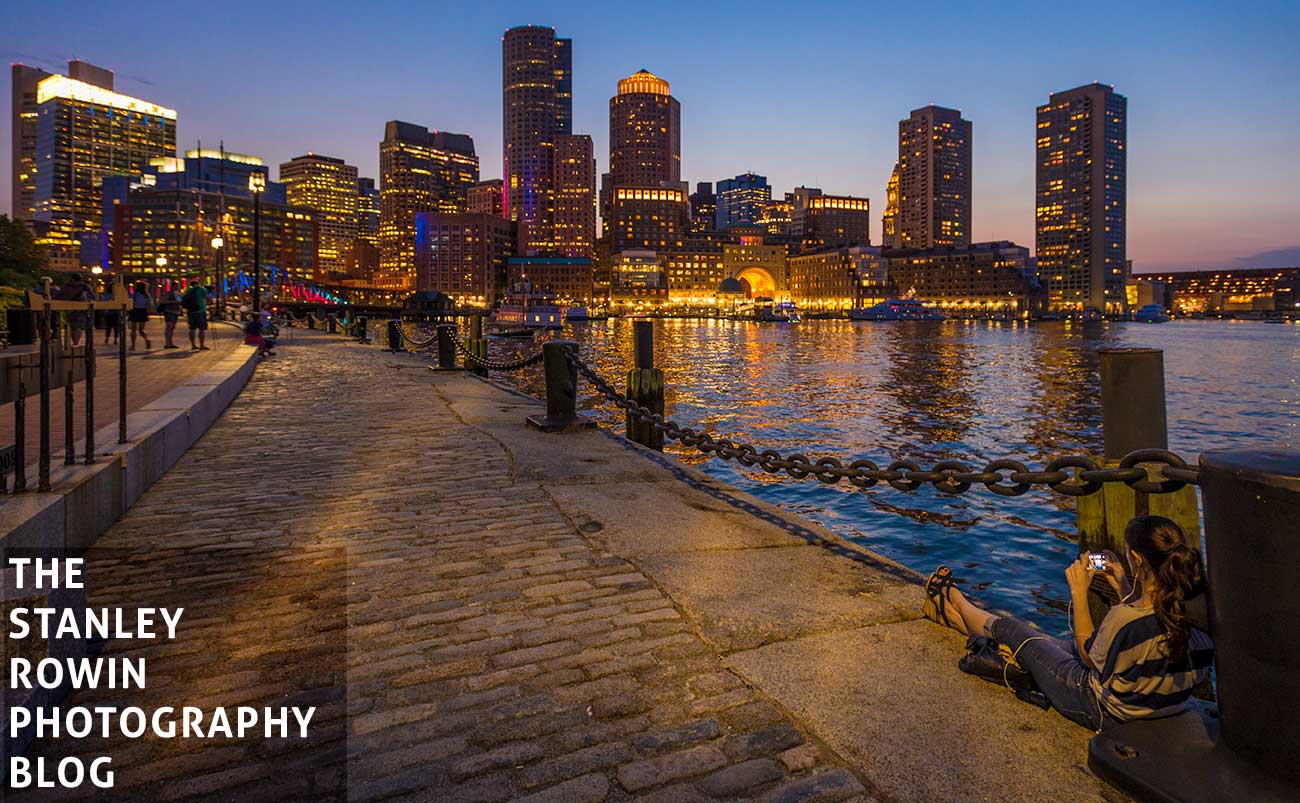 The point of this post is to try to get you to push yourself outside of your “comfort zone.” All of us occasionally get stuck. One way to do get unstuck is to take classes or workshops in photography. See how others see. But why stop there? Can a cooking class help your photo composition? Or just going to a bar and meeting friends. Always have an “image capturing device” with you, and open eyes. I captured this after one of my workshops when we met for drinks:

Visit a museum to see how the “masters” did it.